We are honored to have two incredible music acts with us this year: 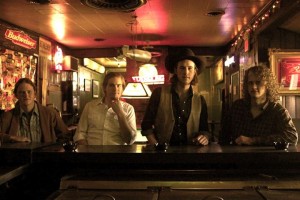 BIO: Alex Williams, from Williams & Co., brings an honest sound back to country music with their new single “Discount Country, Half Price Rock n’ Roll”. “The song is about my interpretation of where I believe the country and rock and roll genres are heading”, says Williams. “It celebrates other musicians like us that try to keep ‘tradition’ alive in our genres in the midst of a changing, modernized music business.”

The band recorded their debut, self-titled album, “Williams & Company,” in March of 2012 at Beech Creek Studios in Brentwood, TN and supported it with an independent tour throughout Indiana, Tennessee, Ohio, and North Carolina, in the Summer of 2012. You can purchase this album on iTunes and its also available streaming on Spotify.

Alex Williams has seen great success, including radio airplay in Houston, as well as a highly successful tour through Texas this summer. His band Williams and Co., also won the Belmont Univeristy Country Music Showcase in February. On top of their success, additional tour stops in places ranging from Indianapolis, Alex’s home town, Austin, Atlanta, Columbus, and Nashville, have prepared Williams & Company to change the climate of country music.

“Before I wrote this song, I had so much confusion and frustration with the current state of music and how the business is losing faith in traditional aspects of these genres. This song is my personal anthem to the ones keeping tradition alive.”

Alex, Daniel, Sam and Lucas are ready to bring back the sounds of country legends such as Willie Nelson, Waylon Jennings, Bob Wills, Guy Clark and Jerry Jeff Walker. The new single and video for “Discount Country, Half Price Rock n’ Roll” are available now on iTunes, Google Play, Amazon, and Spotify

BIO: James Kramer’s style can best be described as American Rock N Roll with a hint of country. He started taking guitar lessons at age 6 and quickly learned how to strum and play along with the popular tunes of the times. His parent’s massive record collection gave him a very wide range of musical influences including such classics as ELO, The Beatles, Led Zepplin, Frank Zappa and The Rolling Stones. In the mid to late 80s, James studied the very popular art of Shred guitar and took extensive lessons and studies to try and perfect this very challenging art form. This was the perfect prelude to what would later become one of the most passionate musical endeavors of his career, the art of Bluegrass Flat-picking Guitar and Mandolin. These days he spends most of his time writing and recording his original music and performing locally in clubs in the Indianapolis area.